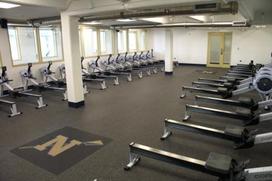 ONE OF THREE ERG ROOMS

Coach Joe is in his seventh year as the Navy Women’s Rowing program, having last served as Associate Head Coach for the University of Notre Dame Women’s Rowing program. In the 2018-2019 season, the Mids won their fourth consecutive Patriot League Championship under Coach Joe’s tutelage with wins in the V8, 2V8, and V4. Navy's V8 was named Patriot League Boat of the Year, while Coach Joe garnered Patriot League Coach of the Year honors. The team went on to compete in the NCAA Championship for the fifth straight year where the Mids saw all three of their boats qualify and race in C-Finals for the first time in program history; Navy's V8 placed 15th overall, while its V4 was 16th and its 2V8 finished 18th. In the final USRowing/CRCA Coaches Division I Poll of the 2019 season, Navy was ranked 17th overall and was the only non-Power 5 or Ivy League school to finish the year in the top-20. Coach Joe and his staff were honored as the CRCA Region 2 Staff of the Year. Read more… 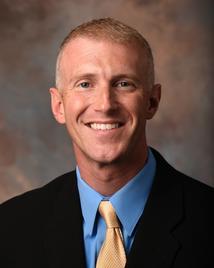 Navy's boathouse, Hubbard Hall, recently underwent a complete and total renovation, along with repairs and expansion of the existing wharf and floating docks. The approximately $18 million government project modernized Hubbard to compete with the best boathouses and athletic facilities in the country.

The centerpiece of the project is the state-of-the art tank facility, which accommodates 16 athletes rowing at speeds close to six meters/second, enabling our Navy oarsmen to receive better sport-specific training during the winter months (and our campers during foul weather!). The other areas of the boathouse were reconfigured to create three ergometer areas, larger locker rooms, a new video/team meeting area, an industrial laundry facility, a designated small boats aisle in the shell area, and a new shell repair bay; all while refurbishing our beautiful awards lounge.

​The "apron" and docks were restored and expanded to launch eight boats at a time. The reconfiguration allows boats to land, be cleaned and stored quicker and more efficiently. The boathouse was modernized to include video and audio equipment installed in the tank and erg rooms; new spacious locker and shower areas have been designed specifically for the teams needs; and grand trophy cases with a championship picture wall in the N-Room display the rich and storied tradition that is Navy rowing.

*Not all staff will be in attendance each week. 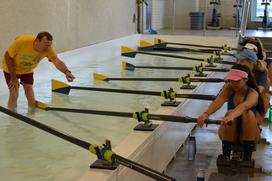 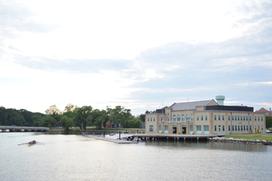